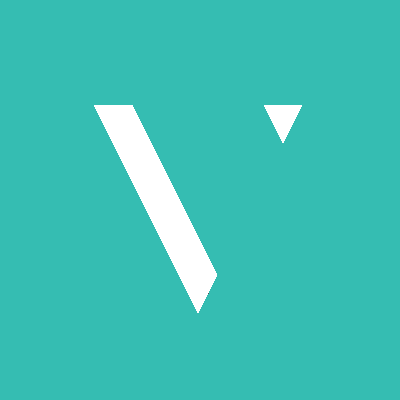 Today we are going to talk about logs, quantitative metrics, and how to observe them in order to increase the team reaction rate and reduce the system waiting time in case of an incident.

Erlang/OTP as a framework and ideology of developing distributed systems provides us with regulated approaches to development, proper tools, and implementation of standard components. Let’s assume that we have exploited OTP’s potential and have gone all the way from prototype to production. Our Erlang project feels perfectly fine on production servers. The code base is constantly developing, new requirements are emerging alongside with functionality, new people are joining the team. Everything is, like…fine? However, from time to time something might go wrong and any technical issues combined with human factor lead to crash.

As you just can’t have all the bases covered and foresee all the potential dangers of failures and problems, then you have to reduce the system waiting time via proper management and software solutions.

In any information system there is a risk of failures of a different nature, such as:

First, let’s delineate the responsibilities. Infrastructure monitoring will deal with networking software and data transmission networks. Such monitoring might be organized with the help of zabbix. Much has been written about its setup, and we are not going to repeat it.

From developer’s point of view, the problem of access and quality is closely connected to early detection of errors and performance issues, as well as quick response to them. To do so, you need certain approaches and assessment tools. Well, let’s try to figure out quantitative metrics. By analyzing them on different stages of project development and operation, we can significantly improve its quality.

Let us begin with recalling, once again, how vital engineering approach is in testing and developing software. Erlang/OTP offers not one, but two testing frameworks: eunit and common test.

We can use the number of successful or problematic tests, their run-time and test coverage as metrics for primary assessment of the code base and its dynamics. Both frameworks enable us to save test results in Junit. For instance, with rebar3 and ct you need to add the following into rebar.config:

The number of successful and failed tests makes it possible to build a trend chart. 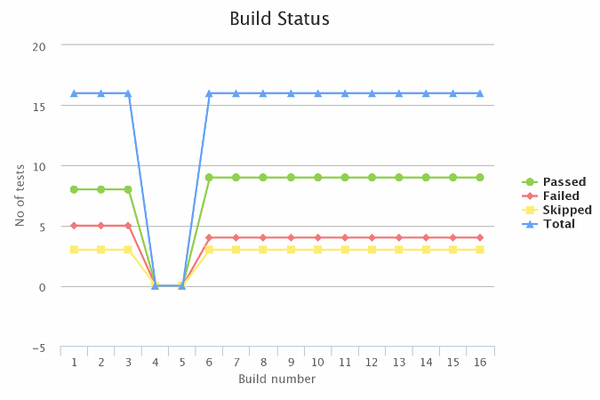 By looking at it, you can assess team’s performance and tests regression. For example, you can get a graph like this in Jenkins, using Test Results Analyzer Plugin. Usage of metrics allows you to notice and prevent breaking or slowing down the project tests and fix problems before releasing.

Apart from OS metrics, application metrics should also be included into monitoring. It might be page views per second, number of payments, and other crucial indicators.

In my own projects I use the code template ${application}.${metrics_type}.${name} for naming the metrics. This naming helps to get metric lists like

The more metrics we have, the easier it is to get an idea of what’s going on within a complicated system.

Special attention should be given to Erlang VM monitoring. ‘Let it crash’ ideology is truly wonderful, and proper usage of OTP will definitely help you out in restoring applications and processes. But don’t forget about Erlang VM itself: although it’s difficult to crash it, but still possible. All potential cases are based on running out of resources. Let’s list the most popular ones:

Atoms perform as identificators whose main aim is to improve code readability. Once created, they stay in Erlang VM memory forever because they are not cleaned away by the garbage collector. Why is that? Well, the garbage collector is working within each process just with this process data. Atoms, in their turn, might be distributed across data structures of a number of processes. 1,048,576 atoms can be created by default. In the articles on killing Erlang VM you will probably come across something like that:

as an illustration of the above-mentioned effect. This problem looks quite artificial and unlikely to happen in real systems. There have been cases, though… For instance, in an an external API handler in queries analysis binary_to_atom/2 is used instead of binary_to_existing_atom/2, or list_to_atom/1 instead of list_to_existing_atom/1.

To monitor atoms state, the following parameters are good to use:

Together with erlang:system_info(atom_limit) it’s possible to calculate atoms utilization.

It’s worth mentioning that with reaching process_limit (+P argument erl) erlang vm does not crash but falls into disrepair — even connecting to it seems impossible in such case. Eventually, running out of memory due to its allocation to leaking processes will result in erlang vm crash.

To monitor process state, let’s use the following parameters:

When a producer process is sending messages to a consumer process without confirmation pending is a great illustration of that. Meanwhile, receive in a consumer process is ignoring the messages because of a missing or wrong pattern. As a result, all the messages are being stored in the mailbox. Erlang has a mechanism of slowing down the sender if the processor can’t cope with the processing. However, vm crashes after available memory exhaustion anyway.

You can understand if you have any mailbox overflow issues with the help of etop.

The number of problematic processes can be taken as metrics for constant monitoring. To identify those processes, the following function may be used:

This list can also be logged. In this case, the analysis of the problem is simplified after getting a notification from monitoring.

Memory for huge (more than 64 bytes) binaries is allocated on the heap. Allocated memory unit has a reference counter which shows the number of processes having access to it. After you reset the counter, clean up is performed. As easy, as that, right. However, there are some tiny little issues. For instance, there is a chance of appearing a process that will generate so much garbage that the system won’t have enough memory for clean-up.

erlang:memory(binary) performs as metrics for monitoring. It shows the memory allocated for binaries.

All in all, we have mentioned all the cases which lead to vm crash. However, it seems rational to keep monitoring other equally important parameters which may directly or indirectly affect your apps proper functioning:

With the help of zabbix_sender we’ll be sending this file to zabbix where the graphic representation will be available, alongside with the possibility to create automatization and notification triggers.

Now, as in our monitoring system there are metrics together with automatization and notification triggers, we have a chance to avoid failures and breakdowns. That’s because we are able to react to all dangerous deviations from fully functional mode in advance.

If there is just a couple of servers in a project, it’s possible to do without centralized log collecting. When a distributed system with a lot of servers, clusters and environments appears, however, it’s necessary to deal with log collecting and viewing.

To perform logging in my projects, I use lager. On the way from prototype to production, projects go through the following stages of log collecting:

Now, it’s time to talk about benefits, drawbacks, and quantitative metrics which you can apply using the later type of log collecting. We’ll do it by example of certain implementation — lager_clickhouse, which I use in most of my projects. There is a couple of things to say about lager_clickhouse. This is a lager backend for saving events to clickhouse. It’s an internal project so far, but there are plans to make it open. During lager_clickhouse developing, it was necessary to bypass some certain clickhouse features. For example, buffering of events was used in order not to query to clickhouse too often. The effort was paid off with steady work and good performance.

The main disadvantage of this approach with saving to repository is creating an additional entity — clickhouse. In such case, you have to write the code for saving events into it, as well as user interface for searching and analysing events. Also, for some projects using tcp for sending logs might be critical.

The advantages, as it seems to me, overweight all the possible drawbacks:

The further development of the topic of emergencies automation is the implementation of lua scripts. Any developer or administrator can write a script for processing logs and metrics. Scripts result in flexibility and enable you to create personal scenarios of automation and notification.

Metrics and logs, alongside with proper tools to analyse them, are crucial for understanding processes within a system and investigating incidents. The more information about the system we have, the easier it is to analyse its behaviour and fix problems at an early stage. If our measures haven’t worked well, we always have graphs and detailed logs at our disposal.

How do you exploit Erlang/Elixir solutions? Ever met any interesting cases in production?